I sent my friend Clement a X'mas wishing SMS on 24 December, 2008. He replied my sms telling me that he was leaving to South Korea for holiday on the very next day! I immediately informed him that I want a postcard from South Korea! And you see the postcard below from South Korea reached me yesterday. Clement, you are such a good friend of mine :) In the postcard, Clement told me that he took pimpimbap (Korea fried rice) at 3 am morning in Meong Dong (a down town of Seoul always crowded by shoppers and visitors even in the early morning hours), and he complained the portion of the fried rice was so large (he will get fat.... hehehehe......). By the way, the postcard shows the full view of Seoul city. Date: 30 December, 2008. 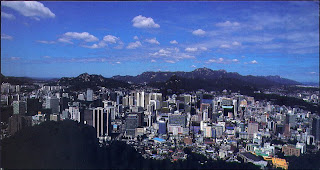 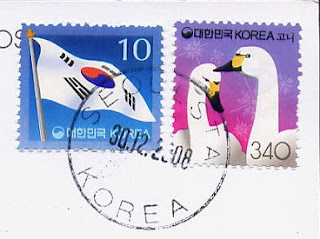